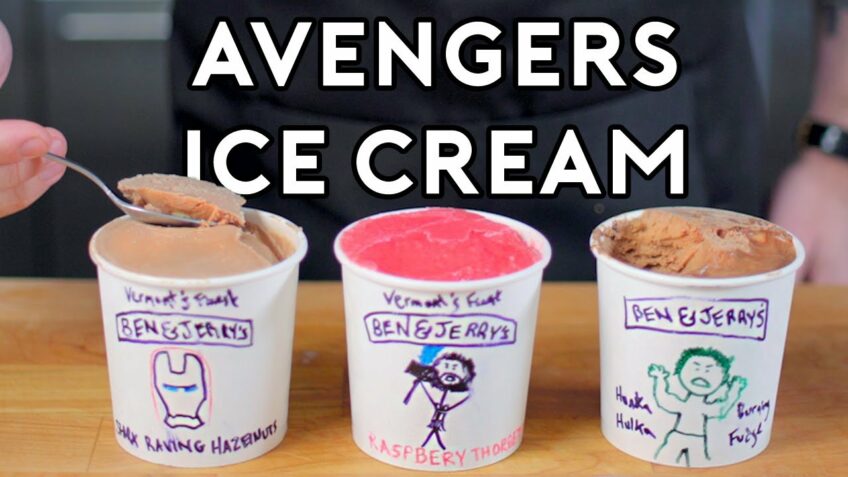 Binging with Babish: Ice Cream Flavors from Avengers: Infinity War
Just in time to soothe your Avengers: Endgame withdrawal, we’re taking a crack at the fictional Ben & Jerry’s Avenger flavors. We like doing things in threes here at Babish Enterprises, so thanks to an ingenious Redditor comment, we’re throwing a third flavor into the mix: Raspberry Thorbet!

Check out my new show, Being with Babish!
u

Check out my playlist of preferred cooking tunes, Bangers with Babish:
Y