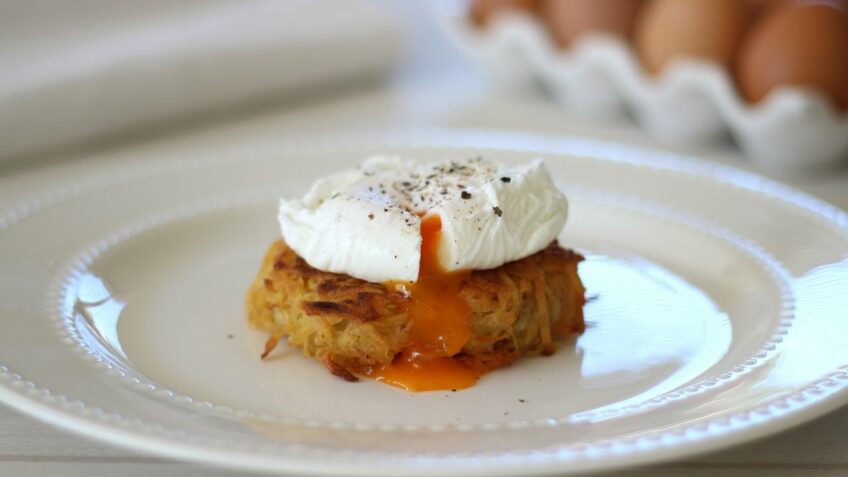 How to Make Hash Browns | Hash Brown Recipe
I’m sharing with you how to make hash browns. This hash brown recipe is perfectly crispy, delicious and incredibly easy to make! Next time you are looking for breakfast recipes try these homemade hash browns with a poached egg on top.

Instructions
Peel the potatoes and shred them using a box grater.
Place the shredded potatoes into a large bowl filled with water to soak for 5-10 minutes.
Once the starch begins to collect at the bottom of the bowl drain the potato through a sieve.
Use a kitchen towel to squeeze out as much moisture from the potato as possible.
Place the potato into a clean bowl and season with salt and pepper. Give it a mix until evenly combined.
Heat a heavy based pan over medium heat with the oil.
Measure out half a cup of potato and press it firmly into the measuring cup.
Turn the potato out into the pan and continue with remaining potato.
Leave the hash brown to cook for about 10 minutes, check after 5 minutes to adjust the heat if the hash brown is getting to dark.
Use a spatula to flip the hash brown and cook for another 10 minutes.
Serve immediately.